You are at:Home»Mumbai»Western Fleet Wins The Wnc Sailing Championship 2022 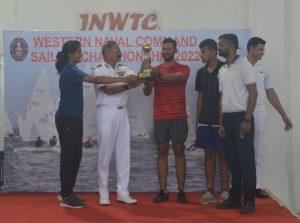 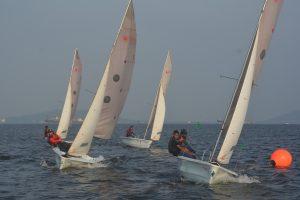 The competition consisted of a series of six races in the ILCA 6, ILCA 7 and BiC Nova classes, and a single round robin series in the Laser Bahia consisting of ten races in team and match racing. While the racing in ILCA 6, 7 and BiC Nova highlighted individual boat handling skills, it was the team and match racing that demonstrated comradeship, strategic acumen, sporting aggression and fine teamwork of the participants.

The Western Fleet won the team event and was followed on the podium by Goa Naval Area and COMCOS (W). Commodore Ashutosh Ridhorkar from HQWNC presented medals to winners during the closing ceremony held at INWTC (Mbi) on 06 Oct 22.