You are at:Home»Mumbai»Life and Work of Swami Vivekananda – A Lesson for All in the Pursuit of Excellence

Mumbai:- Life and Work of Swami Vivekananda – A Lesson for All in the Pursuit of Excellence. Little Biley, born to a learned lawyer father Vishwanath Dutta and devout home-maker mother Bhuvaneswari Devi in Calcutta on the 12th of January, 1863, was a naughty kid who was hard to manage in his early childhood days. His extraordinary restlessness which at times went beyond control, made his mother say, “I prayed to Shiva for a son and He has sent me one of His demons”. He needed two nurses to take care of him. There was, however, another side to the character of this child. Biley liked to play meditation! Though it was playing, it awakened in him deep spiritual emotions which made him unconscious of the outer world. One day he lost himself so much in this mimic meditation in a secluded corner of this house that his relatives had to force open the door and shake him to bring him back to consciousness. 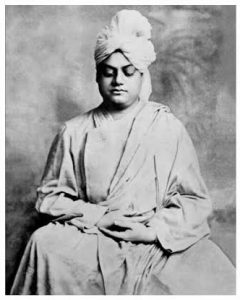 When this boy, who is also known to the world as Narendranath Dutta, started attending school at the age of seven, he displayed exceptional intelligence. However, he was so restless that his teachers and classmates said, he never really sat down at his desk at all. This prodigious boy was also a favourite of his friends, keen on playing, displayed leadership qualities and exceptional fearlessness right from that tender age. A story goes that once during a lesson, the teacher suddenly asked Narendranath and his friends, who had been talking amongst themselves, to repeat what he had been saying. All were silent, but Narendranath, having the power to double his mind, was able to listen to the lesson, while he amused the boys. He answered correctly all the questions put to him. The teacher then asked who had been talking during the lesson, and would not believe the boys when they pointed to Narendranath. 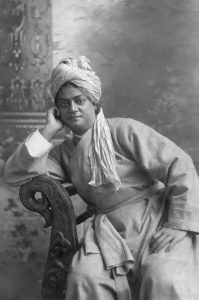 Not just his friends, Biley was beloved of all! With every family in the locality, of high and low caste, rich or poor, he established some sort of relationship. If any of the boys whom he knew suffered any bereavement, he was the first to offer consolation.

As Narendranath grew older, a definite change in his temperament became noticeable. He showed a preference for intellectual pursuits, he began to read books and newspapers and to attend public lectures regularly. He was able to repeat the substance of these with such original criticism, that his friends were astonished, and he developed an argumentative power that none could compete with!

In short, such were the character traits of the universally revered versatile genius Swami Vivekananda in his childhood days. In the later years, when Swamiji wrote about himself, he mentioned, “From my boyhood, I have been a dare-devil; otherwise, could I have attempted to make a tour around the world, almost without a penny in my pocket?”.

Meditation was a constant in his life. Swami Vivekananda stressed on practising meditation as it increases the power of mind. His life is an ideal example of it. When he became a disciple of Shri Ramakrishna Paramhans, the Master would often send Naren and other disciples to meditate; and Naren, in the intensity of his meditations, became blessed with many rare spiritual experiences. While introducing the western world to meditation and yoga, Swamiji said, “If the mind acquires concentration on one object, it can be so concentrated on any object whatsoever”. At a lecture delivered in Maine, USA in 1894, Swamiji had said, “Meditation is a sort of prayer and prayer is meditation. The highest meditation is to think of nothing. If you can remain one moment without thought, great power will come”.

Today when the world celebrates the ancient Indian spiritual discipline called yoga, it is indeed a tribute to Swami Vivekananda. The UNGA recognized 21st June as the International Day of Yoga at the initiative of Prime Minister Shri Narendra Modi in 2014 via a unanimous vote.

Swamiji urged youngsters to play games more often than reading spiritual books. He had said, “You will be nearer to heaven through football than through the study of Gita”. Swamiji’s message underlines the importance of sports and fitness in character-building, which holds further positive implications for community life and nation-building. What can be a better way to instil self-confidence, team-spirit, optimistic attitude, commitment and accountability in the young generation?! Today, when the Government organizes a Khelo India Games or a Fit India Movement, it goes to help the youth excel and develop a strong personality. As Swami Vivekananda said, “Strength is life, weakness is death”. Youngsters with strength of character will bring about progress of a nation in the future. But, for that, education must go hand-in-hand with physical exercises. Swami Vivekananda has defined education as “The training by which the current and expression of will are brought under control and become fruitful”. He had denounced bookish knowledge and information-gathering in the name of education and called for a “life-building, man-making, character-making assimilation of ideas”. Education should equip one for the struggle of life which will lead to “the manifestation of perfection already in men”.

Narendranath Dutta, son of a rich father, had also seen poverty from close quarters in his pre-monastic life. When he had just entered Law College after passing his B.A. examination, his father, the only support system of the family, suddenly died of heart problems and the family was faced with dire poverty. Swami Vivekananda said that those dark days helped him to grow and gain strength. “Life is the unfoldment and development of a being under circumstances tending to press it down”, he said. The whole life and work of this extra-ordinary monk is a lesson for all in the pursuit of excellence. Last year on National Youth Day, Prime Minister Shri Narendra Modi had remarked that individuals come in contact with Swami Vivekananda’s influence sphere and create institutions and these institutions in turn create new institution-builders. Swamiji’s teachings and thoughts are a guiding light for the youth. Let’s recall his famous message – “Arise, awake and stop not till the goal is reached”. A nation’s youth guided by the philosophies of this iconic man is certain to remain in the right path and attain their goals. 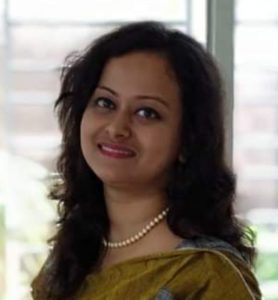