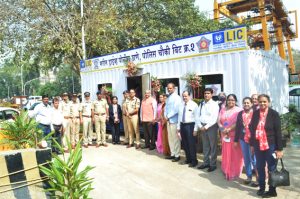 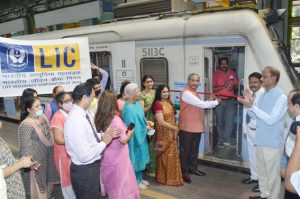 Earlier in the morning of 18.01.2021, Shri Vikas Rao had also inaugurated Western Railway local train with LIC Branding on the exterior panels at Churchgate Station. As part of its outreach activities to all Mumbaikars, and increasing Brand Visibility, LIC Western Zone has branded a total of 12 trains, 7 on Western and 5 on Central lines. In interactions with LIC officials, Mr. Raj Kumar Lal, Chief Commercial Manager, Churchgate Station, narrated his positive experience with LIC across the years and said that LIC’s motto of “Yogakshemam Vahamyaham” is entirely apt, since LIC is always there for the welfare of our policyholders. Western Railways has placed photographs of the event on their Twitter handle also.