You are at:Home»Topnews»The First batch of Indian contingent reaches Tokyo after a rousing send off in Delhi

Mumbai/New Delhi: The first batch of Indian contingent reaches Tokyo after a rousing send off in Delhi.  88 member Indian contingent including 54 athletes, who were given a resounding send off at the Indira Gandhi International Airport in Delhi, has reached Tokyo. They arrived at the Narita International Airport Sunday Morning and moved to the Olympic village after customary clearances. 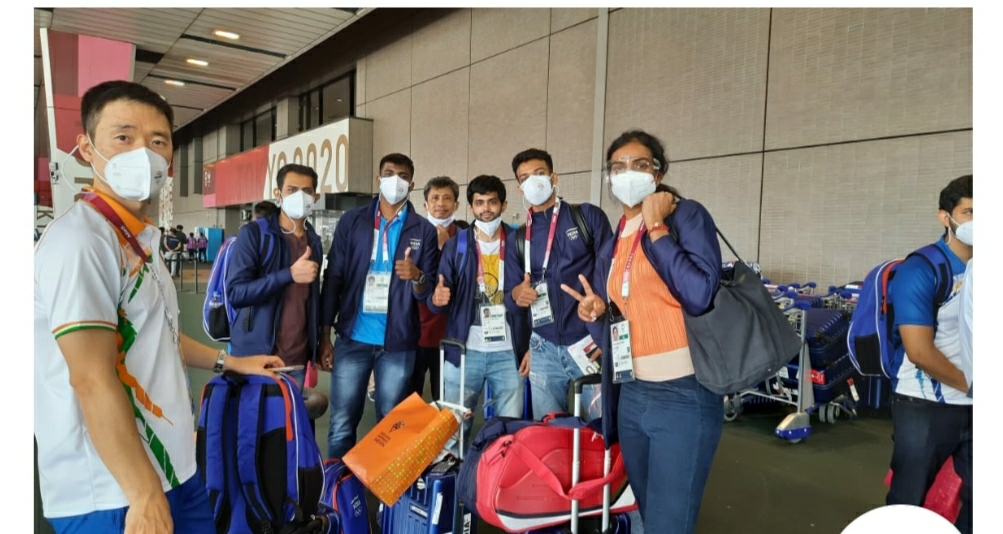 The Indian athletes were greeted at the airport by the Kurobe city representatives, who came with a banner “Kurobe supports Indian athletes!! #Cheer4India!.” 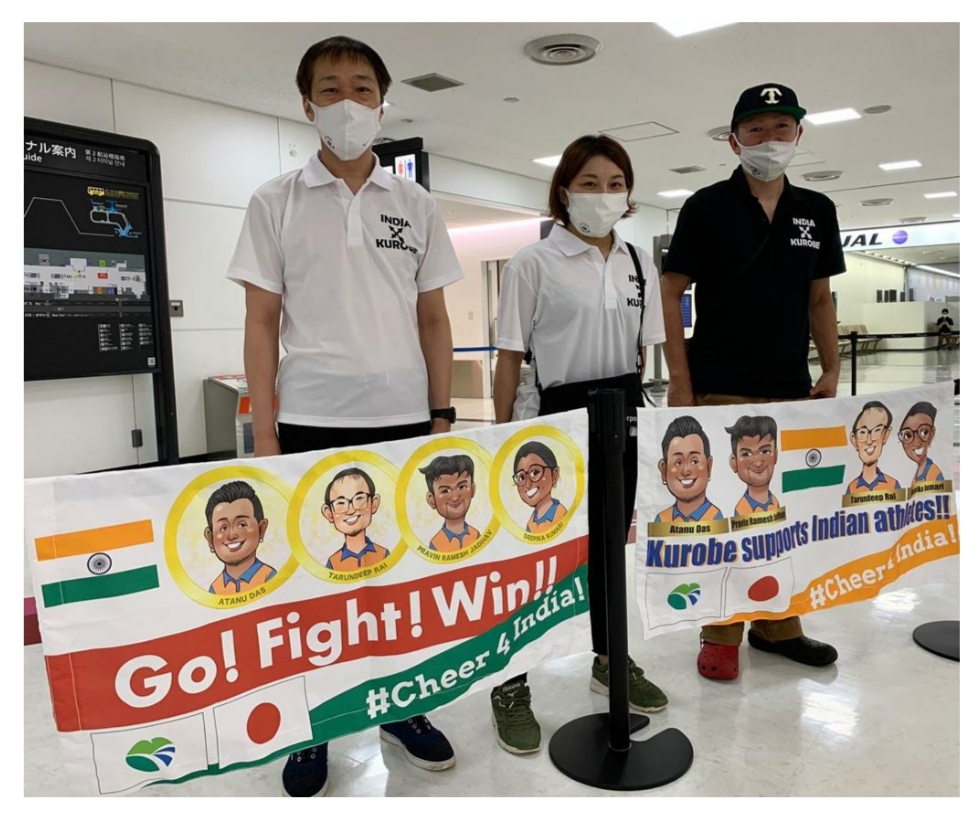 At the formal send-off ceremony Union Minister for Youth Affairs and Sports Shri Anurag Thakur said, “When you go to represent the country at the Olympics, it is not just an important moment for you but for the whole country. This has been possible because of your discipline, determination and dedication and that is why you are here representing Team India. “.

“As PM Modi said, please go with a free mind. 135 crore Indians are with you, their good wishes and blessings are with you.” added Shri Thakur. 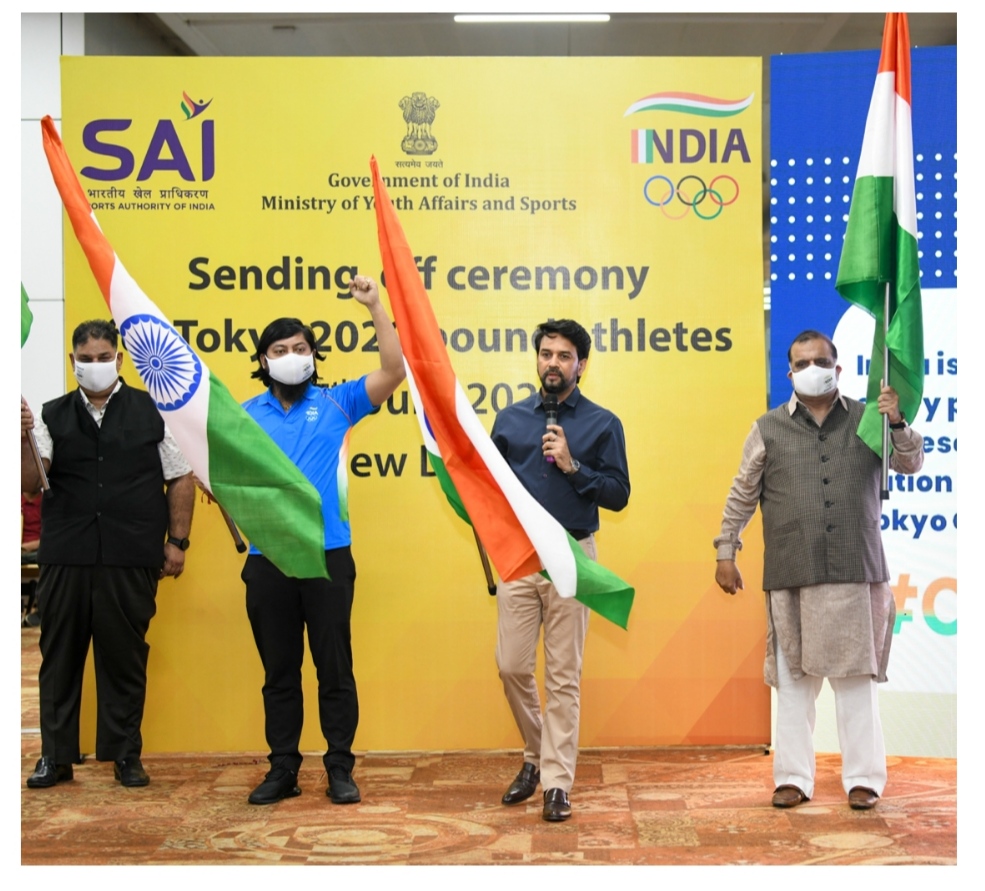 Minister of State, Ministry of Youth Affairs and Sports Shri Nisith Pramanik said, “Your lifelong efforts and preparations have brought you to this moment today”.

The first batch of Indian contingent reaches Tokyo after a rousing send off in Delhi.  119 athletes from India will be competing in 18 sport disciplines and 69 cumulative events in Archery, Athletics (Track and Field), Badminton, Boxing, Equestrian, Fencing, Golf, Gymnastics, Hockey, Judo, Rowing, Sailing, Shooting, Swimming, Table Tennis, Tennis, Weight Lifting and Wrestling. This is the biggest-ever contingent India is sending to any Olympics.