You are at:Home»Mumbai»Atomic Energy Regulatory Board organised an awareness programme for the Journalists

Mumbai: Atomic Energy Regulatory Board organised an awareness programme for the Journalists. Atomic Energy Regulatory Board (AERB), as a part of its public outreach activities and towards the celebrations of ‘Azadi Ka Amrit Mohotsav’, has organised an awareness programme exclusively for the Journalists of Mumbai Metropolitan Region on September 20, 2022, at its headquarters in Mumbai. This was first of its kind programme organised by AERB for the Journalists with an objective to apprise them on safety regulations of nuclear installations and applications of ionising radiation.  The programme included talks by senior scientific officers of AERB, discussions and visit to scientific exhibition. 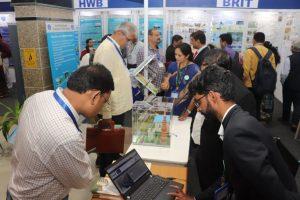 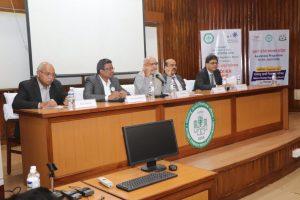 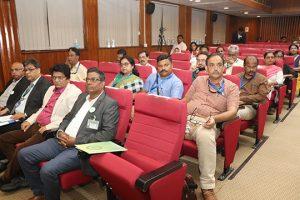 AERB Executive Director, Shri C. S. Varghese, in his inaugural address, appreciated the role played by the Journalists in dissemination of information to the society. He emphasized that the recent IRRS(Integrated Regulatory Review Service) Mission of IAEA (International Atomic Energy Agency) in June, 2022 concluded that AERB showed a strong commitment and professionalism to ensure nuclear and radiation safety in the country. On the strengths of its regulatory practices, approach and safety record, AERB is now seen as a competent and mature regulator by the utilities and the peer regulators worldwide. Currently AERB is taking efforts to formalise its regulatory processes further, to make it more efficient, preparing for the projected large-scale expansion in the Indian nuclear power programme in the near future. With this background, he urged that the news on nuclear and radiation technologies may be presented in correct perspective and context.