New Delhi: Indo British’ Electric Mobility brand GoZero Mobility welcomes the Enhanced Trade Partnership (ETP). Gozer Mobility, a British performance electric bicycle and activewear maker, is in high spirits as the UK Finalises GBP 1 Billion worth of Trade Deals with India, creating over 6,500 jobs in Britain. The five key areas it will focus on are the people-to-people relationship, trade and prosperity, defence and security, climate action and healthcare. The UK companies clinching export deals with India include Morningside Pharmaceuticals with an R&D pact, Kloudpad with a data centres deal, BP in a partnership with Infosys and GoZero Mobility with an e-bicycles deal.

The manufacturer has its headquarters in Birmingham and a manufacturing base in Kolkata, India. The India team currently has 22 employees, some of which have been hired from elite B-schools in India. At present GoZero is present in over 60 cities in India with a large retail network. The company recently collaborated with Reliance Digital (India’s largest electronics retail company) to extend its presence to 500+ cities. Within just 11 months of its entry into the Indian market, the company became “Best Sellers” on Amazon in the eBike category. 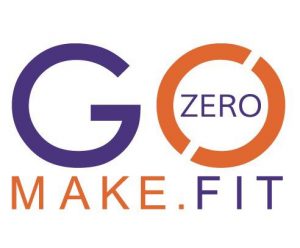 In this endeavour, GoZero aims to create 100 unique jobs in the next 5 years in the UK market mainly in the new product development segment.

GoZero aims to sell over 80,000 units in the next 5 years in the UK market contributing to a reduction of ~50,000 tonnes of CO2 (Carbon reduction).

Towards this, GoZero aims to create 250 unique jobs in the next 5 years in the Indian market.

As per the recent news, The ETP will set the ambition to double the value of UK-India trade by 2030 and future UK-India trade deal will support hundreds of thousands of jobs and boost the economies of both the UK and India by potentially lowering or removing current tariffs such as those of up to 150 per cent on whisky and up to 125 per cent on automotive as well as on other British products.