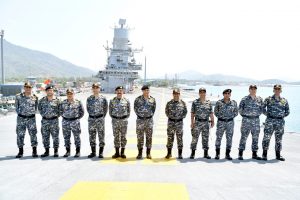 During this maiden visit as FOC-in-C(W), the Admiral reviewed the operational preparedness of Ships and Units based at Karwar. He was also briefed on the progress of infrastructure development through Project Seabird Phase II A. 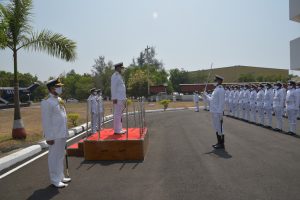