Mumbai: –  In a few weeks from now, Finance Minister Nirmala Sitharaman will rise to present what will be the 10th Union Budget of the Bharatiya Janata Party-led National Democratic Alliance. The build-up suggests that the Union Budget, given that the threat of covid-19 has returned, will retain its focus on the ‘lives vs livelihoods’ trade off. At the same time, it is likely to unveil fresh plans to further unlock and inspire entrepreneurial spirits with an eye on sustainable growth.
A signal to this effect was evident in the first round table hosted by Prime Minister Narendra Modi on the Union Budget with a clutch of venture capitalists and private equity investors. Especially when the PM queried the movers and shakers of global capital for fresh ideas to further improve the Ease of Doing Business.
Clearly, there is a plan in the mix. In fact, this has been the signature of Modinomics. Yes, sometimes-unexpected developments may have thrown things off kilter, yet the NDA cannot be faulted for not having a plan.
A quick stock taking will reveal that each budget has steadily created building blocks to evolve a new architecture for both governance and development. And all of this alongside the damage control measures to mitigate the fallout from the frequent shocks arising either from global economic disruptions or more recently the covid-19 pandemic. 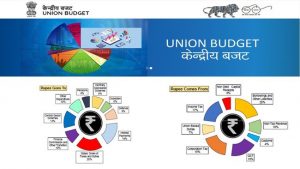 The initial budgets of the NDA tenure put the spotlight on anti-corruption and poverty alleviation measures while taking baby steps towards establishing a rules-based regime—as opposed to the seven decade precedent of operating within an exception-based regime which provided the ecosystem for fostering corruption—by opting for auctions of coal mines and spectrum.
The tough love included a crackdown on illegal wealth—including demonetisation of high value currencies in 2016 and linking of Aadhaar with the income tax PAN—and initiating targeted delivery of public goods and services. The latter was achieved by leveraging a digital framework with the moniker: JAM (Jandhan, Aadhaar and Mobile).
This in turn had a two-fold advantage. For one, the JAM trio enabled an economic GPS for each beneficiary which ensured targeted delivery of subsidised cooking gas, a range of social security payments including for the rural employment safety nets, income support to farmers and covid-19 relief. The Direct Benefits Transfer resulted in savings to the exchequer of a staggering Rs1.7 trillion at the end of March 2020.
Secondly, what it did was to also launch India on a fresh set of digital rails with Aadhaar, the 12-digit unique identity issued to all residents in the country, as the nucleus of an indigenous technology stack.
It was precisely this, which enabled the payments backbone Unified Payments Interface or UPI—poised to log a record $1 trillion in transactions in this calendar year. Not only has UPI powered the FinTech revolution, innovations leveraging the underlying technology stack to create for example, the Account Aggregator framework—which will allow for monetising cash flow data of small and medium enterprises to access collateral-free credit—is accelerating financial inclusion at an unprecedented pace.
A significant subtext of these new digital rails is the push for formalisation of the Indian economy. At the moment more than three-quarter Indians own a bank account—a necessary step of formalisation.
The biggest nudge so far to formalisation was the launch of the Goods and Services Tax (GST), which for the first time economically unified the country. Overnight, India went from a maze of complex indirect tax rates to ‘One Country, One Tax’. The fact that the States and the Union Government pooled their sovereignty also seeded the foundations of a new federal polity: cooperative federalism.
And in recent years the Union Budget has been used to signal a reset of the Indian economy wherein private enterprise—not just India Inc but also the rapidly proliferating start-ups and small enterprises—have an equal stake.
Besides improving Ease of Doing Business, the first post-pandemic budget took an unprecedented and bold decision declaring that the public sector is no longer the commanding heights of the economy. It then went a step further and announced that the PSU assets will be monetised to release scarce capital to fund fresh investments in infrastructure—which has posed a serious supply-side constraint restricting the ability of the economy to grow at a sustained pace.
In fact, the 2021-22 Union Budget not only cleaned the books of the Union Government by accounting for the fiscal sins of the last four decades, it also switched the accent of spending away from revenue to capital expenditure.
In the final analysis it is clear that together these building blocks forcing a fundamental reset have a single objective: sustained growth.

Anil Padmanabhan is a journalist who tweets @capitalcalculus