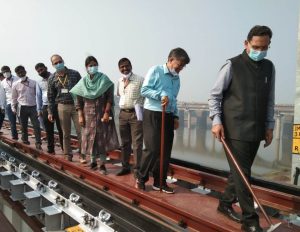 During this Annual Inspection of Pune division, Shri Mittal inspected Krishna Bridge, Steel girder at Minor Bridge between Shenoli and Karad, interlocking level crossing gate and Curve no. 20 between Masur and Targaon. 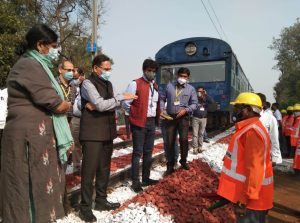 At Pune, Shri Mittal interacted with Public Representatives, Recognised Unions & Trade Bodies and addressed the representatives of the Media through a weblink. He also conferred General Manager Awards to the deserving railway employees for their outstanding performance during the year 2019-20. During the inspection, all Covid norms and protocols were duly followed.